It's been an age since I've been on - I know, I'm sorry - but Sept - now has been madder than ever at Chez Eiglas!

It all kicked off on 28th September which was birthday time for my daughter, my SIL and my very good friend Roni's daughter - all on the same day! Then mine followed on October the 1st - my 60th re-visited as I was so poorly last year I more or less missed it!

On 5th it was my daughter by another mother Christina's birthday ....and her Wedding Day! I also had my daughter's order in - at her usual one minute's notice - for 'survival kits' for the Mum & Dad of the bride.

Of course my Bev was chief bridesmaid so there were all kinds of missions for me to perform from my Mission impossible desk!

Then there was my friend Kath on 6th and we had our annual birthday meal with our other ex-workmates too,  There were also Christenings, a bereavement, the school holidays and a multitude of other 'happenings! I've been meeting myself coming back and I didn't remember to photo all of the projects either!

I did remember a couple though, so here they are.

This was a birthday card and box for my friend Roni who was 70!  We had a lovely tea-party on the day in my house and another secret one at the week-end with her family! 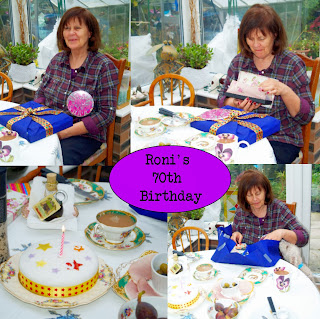 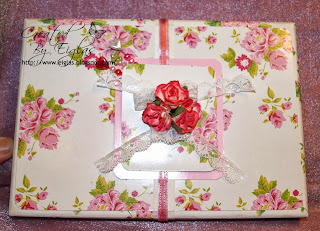 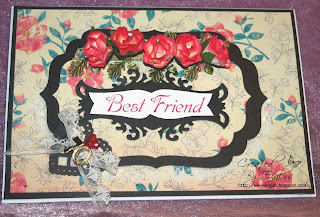 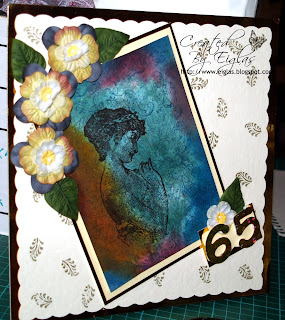 I sent this one to my friend Roz for a get well card - she had a hip replacement. 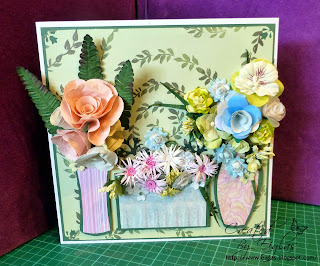 Friends Aly & another Brenda had their birthdays - 40 & 60 respectively (notice they're all threshold birthdays too!) 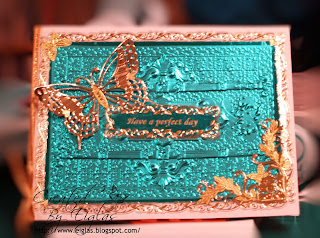 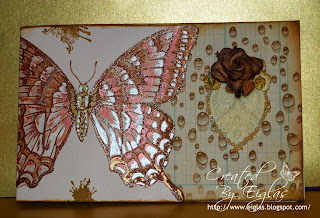 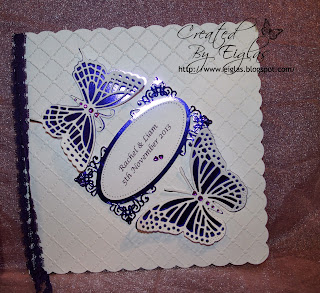 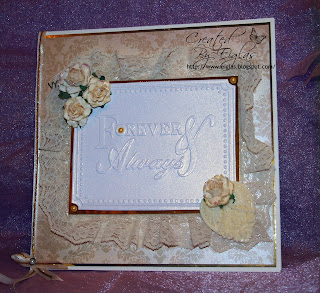 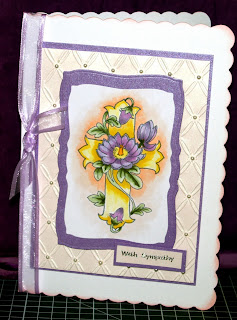 My Bev, bride Christina and my Ada on Chris's wedding day. Sadly, I can't find the photo of the card I made for her and groom Ali.

I had a few other projects on too!

For Remembrance week, I was asked to make one beaded poppy for a friend so here it is..... 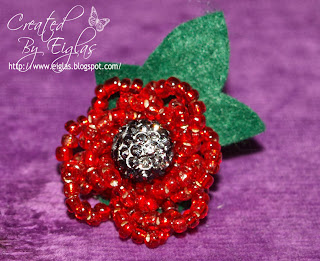 ...and promptly got orders for another 19!   I didn't take any money for these poppies - I don't believe in profiting from such an important occasion and charity. I made them for free and suggested a donation to the British Royal Legion Poppy Appeal of £5.00. Everyone thought that was a reasonable request. Many of them also gift-aided their donations so in effect I made over £100.00 for the poppy appeal.

I also was asked, being a Scouser, for a Liver Bird so I re-drew one I made many years ago.

...and added a poppy for Remembrance for my avatar on Facebook. Lots of other people adopted him too.  (I've put these on at high res and unwatermarked so you may 'snag' them, if you wish to use them with respect. Please use courtesy and do not re-sell or re-distribute without my sig or a credit of some kind. Thank you!) 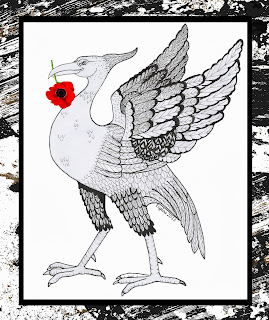 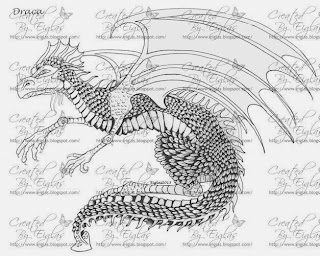 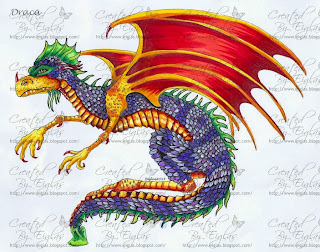 So, you see where my time has gone....and I also have a 'real' life in there somewhere, involving dishes and dirty clothes and MOT's etc etc....!

I'm sure I'll come across the other pics at some point - I'll upload them then.