I'm finally starting to get some crafting done - and about time too! LOL!

I fondly imagined that when Ada went off to school that I would instantly get my life back....HAH!
Doesn't seem to work quite like that!  But hey ho! - I seem to be catching up a bit now.

My pal and ex-teamie Suzi Mac has asked me several times where my Maggie cards have gone and my answer is - with all the others I haven't had time to make! LOL!

So with that in mind and with Christmas fast approaching, I pulled my finger out and made one! 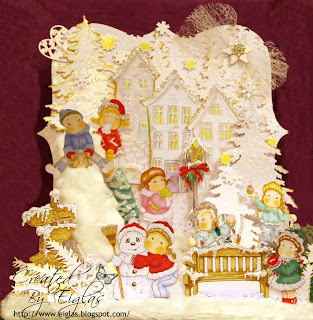 It's not a great pic, as it's the middle of the night so the setting I've used has made it a little more yellow than it is in 'the flesh'.  I'll try to take another in daylight although at this time of year, I'd better be quick!

I confess to a little artistic license! The benches and lamp-post aren't Magnolia they're from an Aussie company called 'Make it Crafty'.  and I think they fit really well with the Maggie style!

Hope you like this card - especially the lady who is getting it for Christmas!
I won't link to Midweek Magnolias until I take a better pic - perhaps tomorrow.


Well, it's tomorrow and wouldn't you know - the sun cannot seem to decide where or what he's gonna be!  I must have taken ten pix of this darn card and every time, the sun moves or goes in or comes out!  I wouldn't mind but he's not even supposed have his hat on today!  A week's rain in two days is what the weatherman said...!   Right Fred, that's YOU off my birthday card list! LOL!

Here are two, both taken within seconds of each other..... 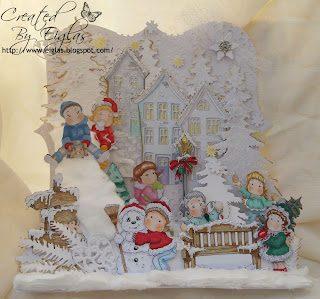 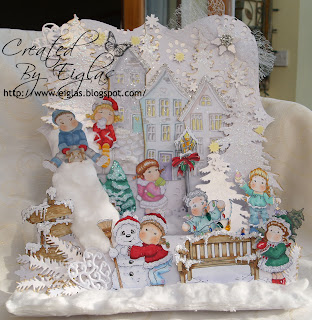 ......but you get the idea!  No clue which one to link to the challenge though!