I've not been on here very much at all this year.  For the last four years I've had my lickle Ada to look after and much as I love her to pieces, it was exhausting keeping up with a toddler at my age.

Well this year I've had her baby brother Tobias as well and once again - he's a delightful child and I love him so much it's almost painful but my goodness - I've had no time at all to call my own! 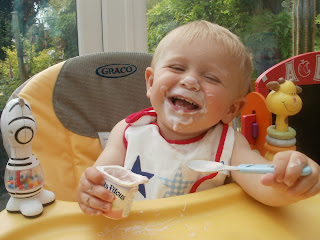 At least when I just had Ada,  I just had her and could stay indoors if the we wanted to. She's have her nap and I'd get a bit of a tea-break. But of course, she started morning nursery, which has been brilliant for her and I got Toby to cuddle instead.

But getting a toddler up from his nap, feeding, changing and wrangling him into the car and then out again at the other end to collect Ada ON TIME, then the same thing in reverse, all with the company of two small dogs - sometimes three if Ada's dog Izzy came with them - was something of a trick! LOL! 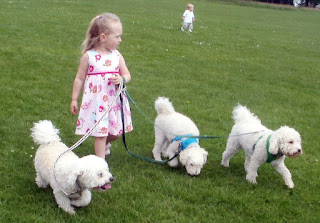 And we even had a sausage-dawg party in the garden, but the dogs clearly thought there was a catch somewhere.... 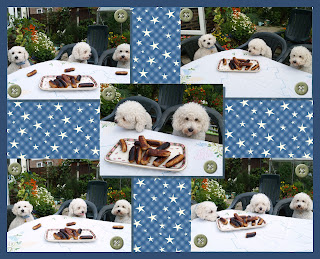 Oh - I forgot to mention the small matter of Izzy whelping on my couch too. She had three but the littlest one only lived a week - I was very sad about that - but the two boy pups are HUGE and look very healthy. 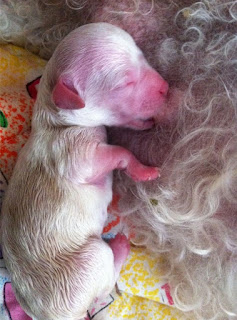 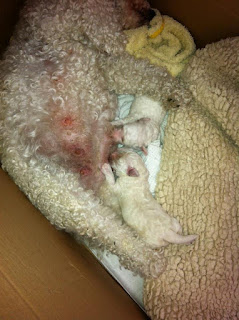 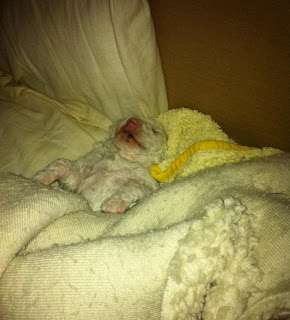 I've loved it and sometimes - just sometimes- I've hated it, if I've not felt up to much with my fibro or my back or my hip etc etc. and would have preferred to wallow in my comfy chair with hot chocolate and painkillers....  but all in all, I wouldn't have missed it for the world.

And I grudgingly admit, they've probably kept me fitter than I would have been had I not undertaken their care.  And my ears will stop bleeding eventually....! Ada's mouth goes into chatter mode as her eyes open and it doesn't stop until they close again! LOL! She is just like her mother! Bev was exactly the same only she didn't start until a little older. She learned to talk as early but she was just a quieter child than her daughter! 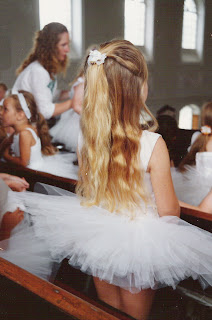 All I can say is I'll be surprised if Toby ever gets to talk properly - he can't get a word in edgeways between his sis and his Mum!

Well, my darling Ada goes up to school proper in September and as the little family live quite a distance from me, I won't have Toby anymore either - he's going to a nursery close to where Bev and Antony work, except for Mondays when I'll still have him at least, so that will be lovely! 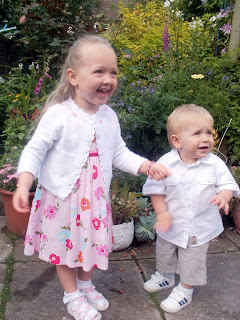 It also means, I can get back to my crafting! This I am looking forward to, as it's taken a real back seat this year and I don't like that!

I have new toys - a Big Shot Pro and some new dies, and I want to use them, so look out for new ideas and projects from Eiglas in the coming months. 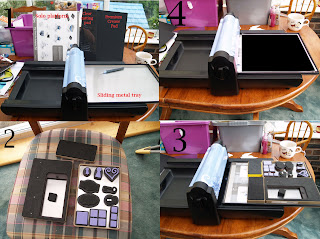 Christmas is on the way too, so I hope to get stuck in with a card a week for Christmas as well as other stuff.  I may even get back to a DT.....  well, maybe...!

I've missed all my friends on here and will be glad to be back in contact with you all very soon!

I'm still sponsoring at CRAFT (next one is 11th October) and hope to have some new digis very soon.  I've some interesting new ones I haven't had time to make up yet so look for those soon too.

Take care until we speak again...very soon I hope!